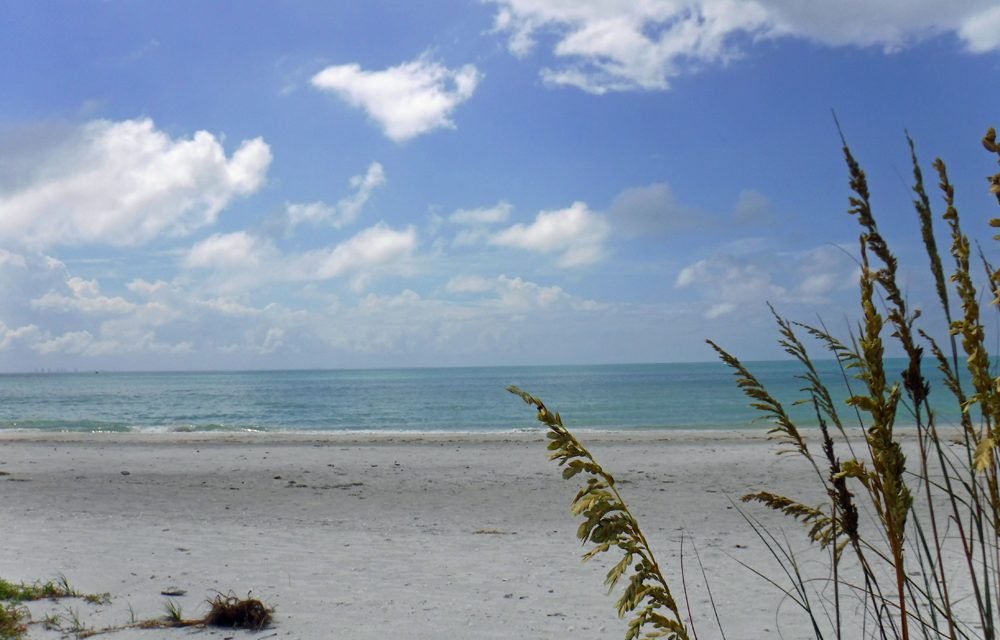 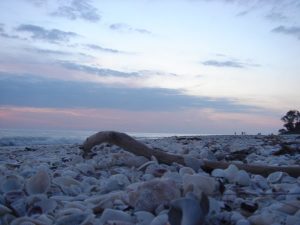 Our family got settled into our campsite on Sanibel Island so late that we were afraid we wouldn’t make it to the beach before dark.

We rushed to get our bikes out and pedaled down the soft road to the point where it joined pavement and continued through a neighborhood of beautiful homes, just blocks from the Gulf of Mexico. Before we got to the beach, though, something caught my attention in a tree branch under the glow of a street light.

“Look!” I told my husband and sons. “It’s a little screech owl.”

Even though daylight was fading, we stopped our bikes and watched one, two, three of the little owls trading spaces in the trees as if weaving an invisible net in flight. Were they playing chase? Or finding insects to eat? One owl would call out, and another would answer. No doubt they saw us but didn’t care and kept up their flying and calling to one another.

We watched the owls for a few minutes, capturing the moment in our memories. Then we had to get to the beach.

Along the way, though, we had to stop again, this time to watch rabbits. Small rabbits, perhaps marsh rabbits, were hopping on lawns, eating grass, hiding under porches and occasionally diving into a sea grape or cocoplum bush. (We would see rabbits here and there around Sanibel Island during our weekend visit.)

We couldn’t believe our luck in spotting wildlife — and we hadn’t even been to the national wildlife refuge on the island yet. 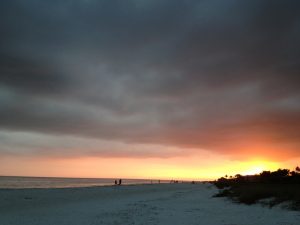 Eventually, we did make it to the beach that evening, in time to see a few golden streaks in the deep blue sky. We kicked off our shoes and walked into the warm Gulf up to our ankles, unable to resist looking down for shells despite the lack of good light.

Then we looked at one another. Campsite set up, wildlife admired, we were finally able to relax. We had escaped our normal routine, and our weekend on Sanibel Island was going to be just what we needed. 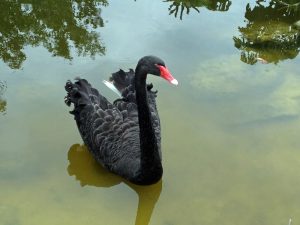 Our family had been to Sanibel and its sister island to the north, Captiva, many times. Sometimes we have gone for a day trip to enjoy the beach or refuge, other times to stay at a resort. But most of the time when we go, we stay at Periwinkle Park and Campground. It’s the only campground on the islands, but it’s far from a wilderness experience; mainly it’s a community of manufactured homes. Periwinkle Park allows tents and RVs in a portion of the park, though, and out the back entrance it’s only about a half-mile to Nerita Beach. Campers who like roughing it wouldn’t be happy here — you can walk to the Dairy Queen across the street — but for many families who like to camp, the park is suitable for a trip to this beautiful island. 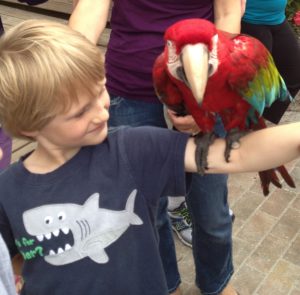 Periwinkle Park has something else families especially love: a mini zoo of sorts. A large pond that’s home to exotic waterfowl is flanked at both ends by cages and enclosures for various parrots, macaws, lemurs, squirrel monkeys, and cranes. A separate enclosure houses dozens of parakeets. During the cooler months, a bird expert takes the birds out of their enclosures and gives an educational talk. Both park guests and visitors are welcome to the shows and to walk around and look at the animals.

What to do on Sanibel 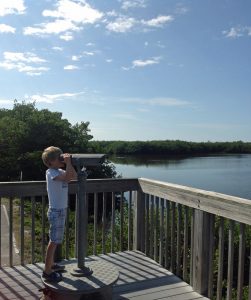 To see animals in the wild, though, people on Sanibel go to J.N. “Ding” Darling National Wildlife Refuge. It takes up a third of the island, preserving mainly the mangrove and estuarine habitat of the island in its main tract (but also a bit of freshwater marsh in its Bailey Tract and beach habitat in its Perry Tract at Gulfside City Park Beach). The refuge is popular in winter when migratory birds like white pelicans arrive to escape the cold. Hike the trails or take the one-way 4-mile wildlife drive (not open on Fridays), where it can be easy to spot wading birds and horseshoe crabs, especially at low tide. 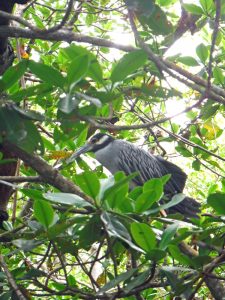 If you come in late spring, look for young birds with their juvenile coloration, and in summer, find manatees in Tarpon Bay. Kids will like the exhibits in the refuge visitor center, which schedules free talks and events like the family craft and story time every Saturday at 11 am. Families also like the nature tours offered by Tarpon Bay Explorers, which operates within the refuge.

Another way to tour Sanibel and the other barrier islands of southwestern Florida is by boat. Marinas on Sanibel, Captiva, and the surrounding area and boat operators like Captiva Cruises offer dolphin-watching cruises, sunset cruises, visits to deserted beaches, and the like. 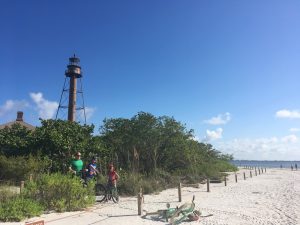 Biking to the Sanibel Island lighthouse

One of our family’s favorite things to do on Sanibel, other than poke around the wildlife refuge or play on the beach, is to ride our bikes. Sanibel has a paved path that stretches from one end of the island to the other. Along the route, you’ll find small shelters and water fountains for those using the path. You could feasibly park your vehicle for the length of your stay and get around on bike. If you don’t bring your own bicycle, rent from Billy’s Bikes and Rentals or Finnimore’s Cycle Shop.

You can bike to the beaches, and be sure to take a bag for the shells you collect. Sanibel is known for its seashells. Unlike most barrier islands that are longer than they are wide like a strip parallel to the mainland, Sanibel is oriented the opposite way. This may have something to do with why so many shells end up on the beaches. Beachgoers can take all the shells they want as long as they aren’t live shells. If you don’t get your fill of shells at the beach, your family can visit the Bailey-Matthews National Shell Museum or island shops that sell seashells.

Whatever else you do on Sanibel and Captiva, don’t miss the sunset on the beach — even if it’s just those last few streaks appearing over the Gulf. 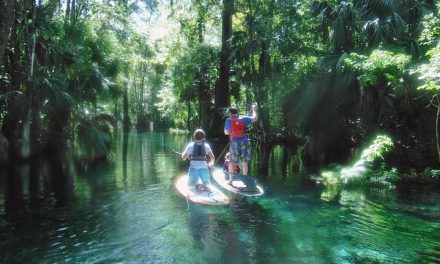 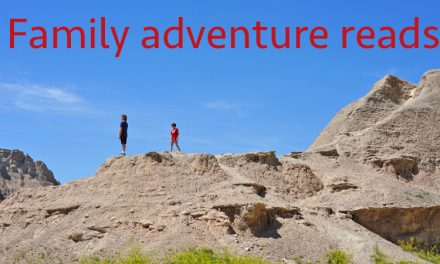 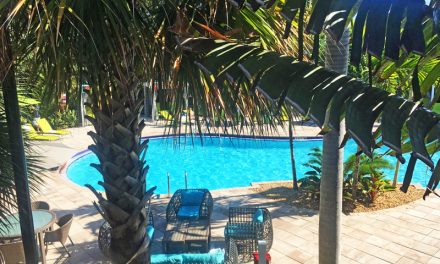 Warm-weather family vacations to get away from the cold 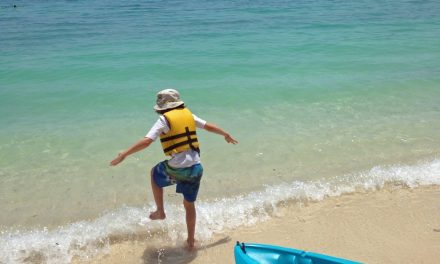